A narcissistic, megalomaniac, fascist bully has been elected as the 45th President of the United States. The consequences of that decision are likely to be extremely serious, not only for Americans but for the rest of the world.

Set aside for a moment the oppression that anyone who is not a Trump supporter, anyone who is not a white male, anyone who is different, is likely to suffer under Trump’s presidency – and indeed, just as they did after Brexit in the UK, homophobic, misogynist and racist attacks have already surged in the US in the wake of Trump’s election.

Set aside if you can the fact that this man with a hair-trigger temper and an overweening ego is just over two months away from getting his hands on America’s nuclear launch codes.

And set aside his utter lack of anything resembling a moral code.

At a time when the world has been – far too slowly, far too cautiously – starting to make some progress towards dealing with the threat of runaway climate change, Trump plans to withdraw the US from the Paris climate agreement, open all the coal mines he can, mine and drill and dig and burn all the fossil fuels he and his cronies can lay their hands on. This comes when time is almost up to prevent rapid and severe climate change within the lifetime of people alive today.

In my view, this makes it a moral duty to oppose Trump, his cronies, his policies, and his Presidency whenever and wherever possible. That burden falls most heavily on the millions of Americans who do not support him – but the rest of us need to do our part too.

On 17 November, a US warship is due to visit Auckland, and protests are planned. I encourage everyone who can do so, to send President-elect Trump a nonviolent but unambiguous message that the rest of the world wants no part of him. 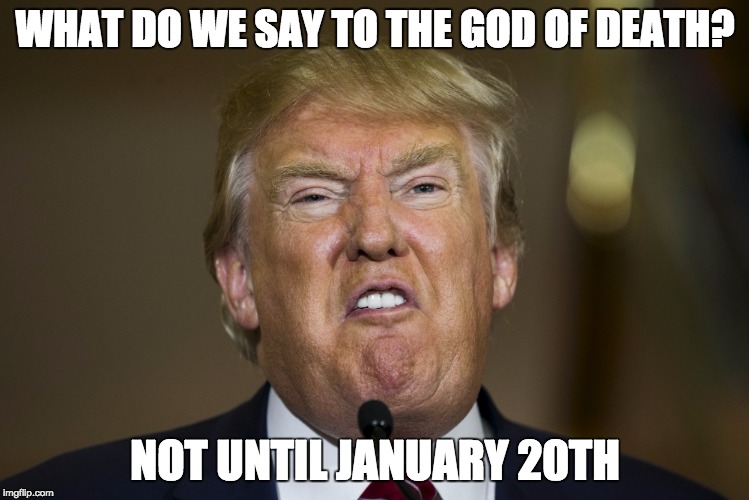 More on the danger Trump poses to the planet: